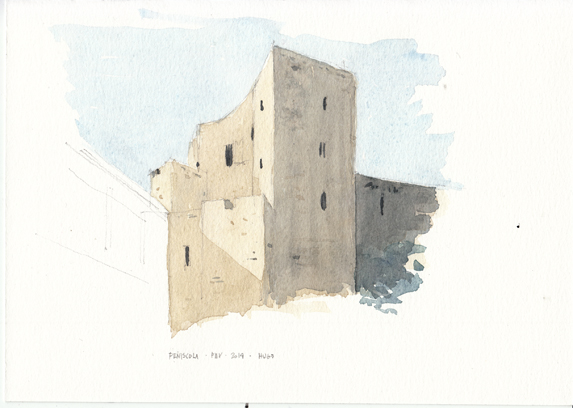 One more drawing from my PhD subject, the former Templar Castle and Pope (or “anti-pope”) palace. 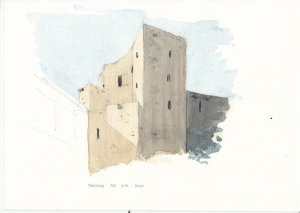 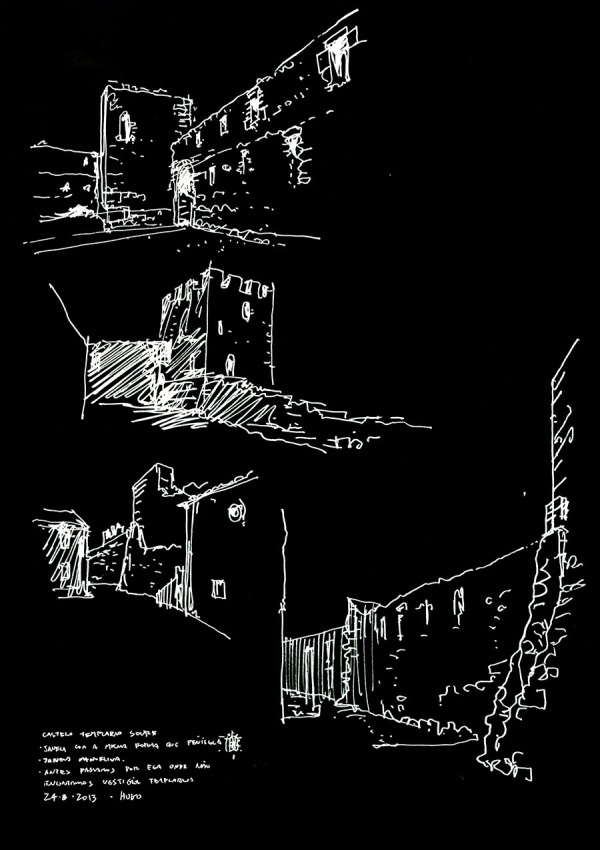 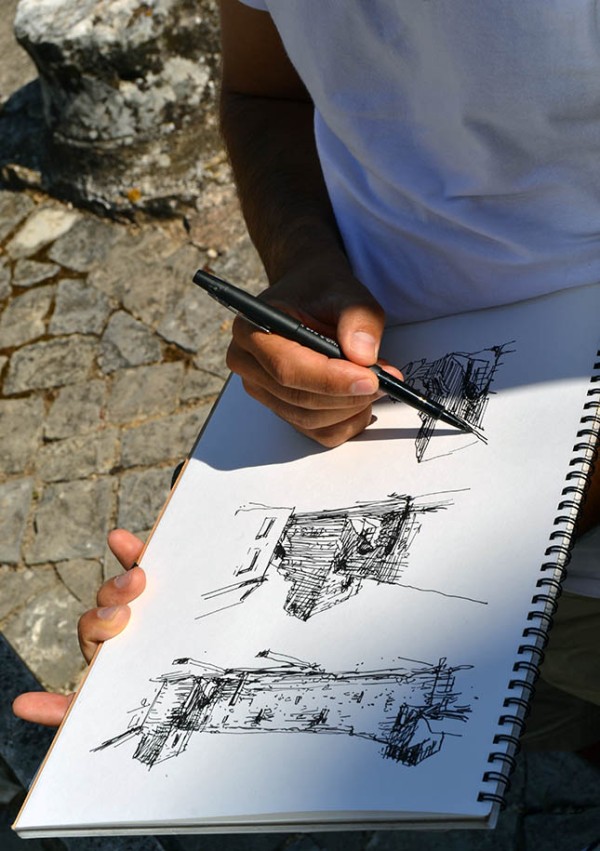 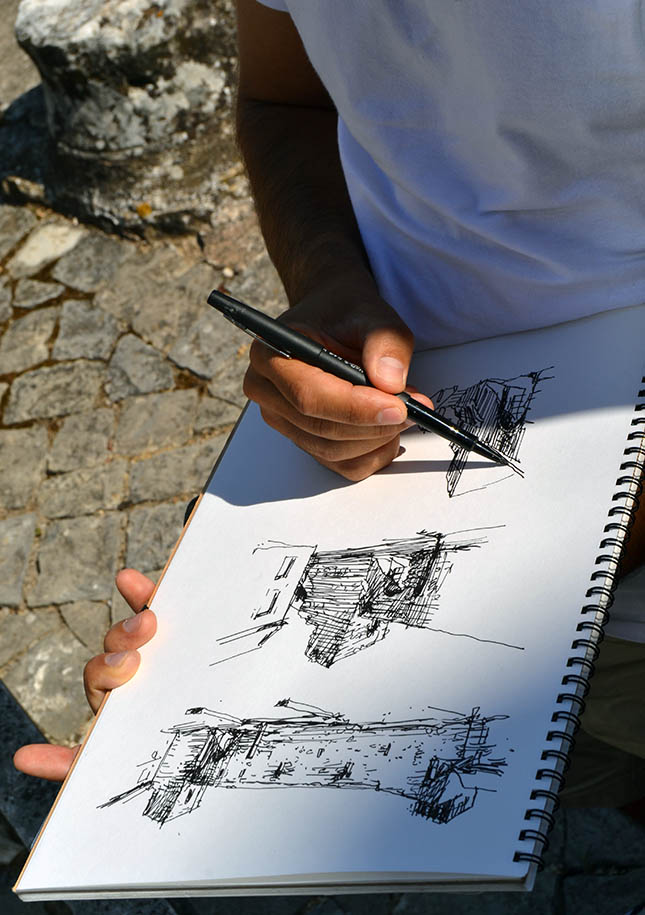 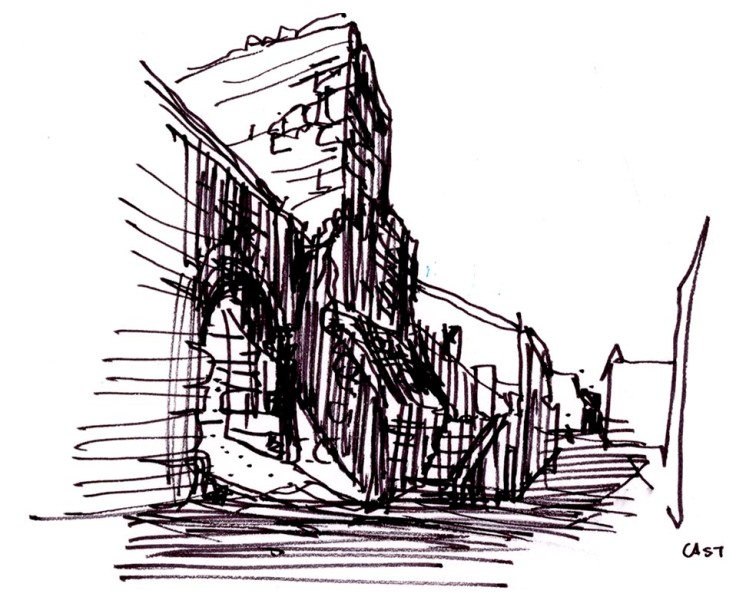 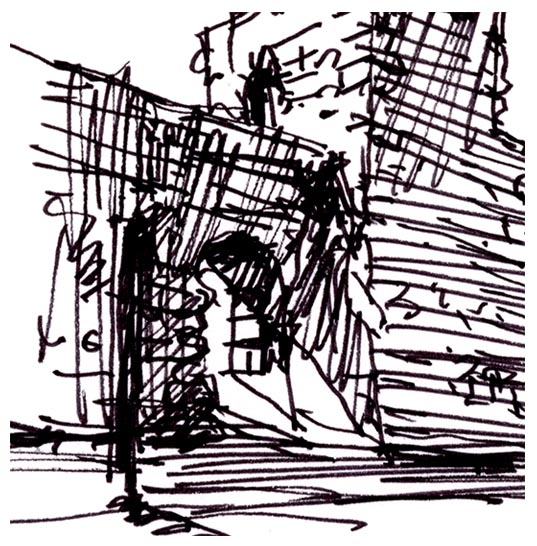 Portugal one of the first places where the  Templar emporium began to settle. However, unlike what happened in other countries (especially in France), the relationship between the Crown and the Order of the Temple was probably very close.

One of the most important donations made ​​by D. Afonso I to the Order of the Temple was, around 1159, the territory of Nabância. Here , Gualdim Pais, founded Tomar. With its magnificent castle and one of the most significant churches erected at the image of the  Dome of the Rock (Santa Maria of Olives), Tomar has been one of the most influent Templar centers. 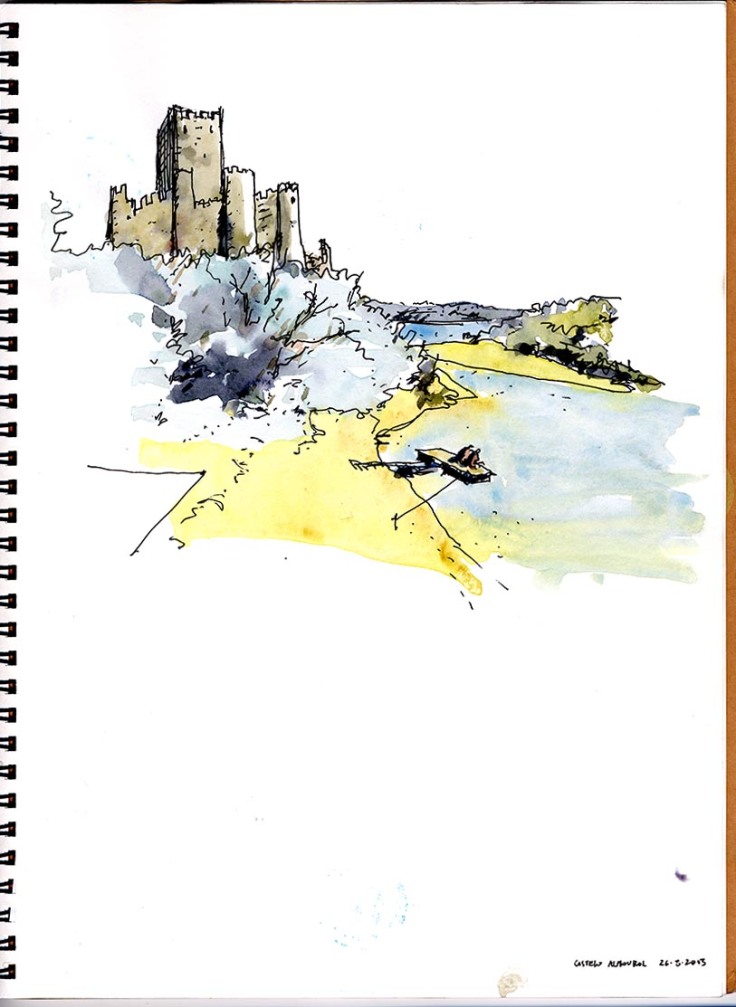 Medieval castle, located on a small islet in the midlle of the Tagus River. The fortress was part of the defender line controlled by the Knights Templar, and a stonghold used during the Portuguese

definion of their actual frontiers, as well as Sertã, Dornes, Ferreira do Zêzere, Foz do Zêzere, Cardiga, Pombal , Soure and of course, Tomar, the spiritual and organizational center of that defensive network.